Arilem spent her summer in Estevan in 2010 and it didnt take her long to locate the abandoned Immaculate Heart High School. About a year ago I got the opportunity to meet up with her and explore the old school. I have explored countless one and two room schools throughout the province but never had the opportunity to explore a larger more modern school.

The school has been closed for the better part of a decade and is currently stripped and being converted into condos so the days of exploring the place have passed. The school itself had a fire at least once however it appears to have been long ago as you couldnt smell anything but there is lots of smoke damage in various places. It appears the school was built at a time when money was tight because pretty much every corner that could be cut during design and construction was cut. It is a very plain design with virtually nothing interesting about it. I noticed too that they didnt install suspended ceiling in any of the school  the roof was just painted rafters with lighting and ventilation hung on the rafters. Even the walls were just painted cindercrete blocks. The school appears to have very poor ventilation systems as well and I am sure the cheap construction played a role in this schools short service life.

I have yet to post this location due to the fact that I was very disappointed in the quality of my photos, however with Arilems expert assistance I was able to salvage a few photos that are worth showing.

This spring has resulted in us having great difficulty in getting out to locations due to the heavy snow pack that we had and now we are sidelined due to flooding throughout the province. So I have been digging into the archives to share some locations or revisit some old ones while we wait for the opportunity to get out exploring again. 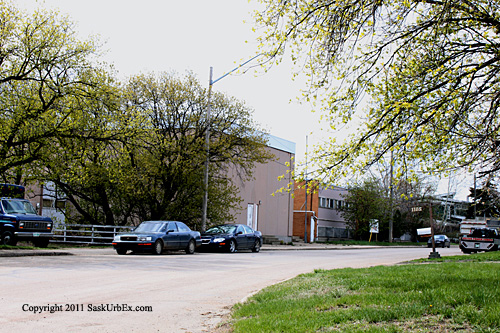 About the only decent photo of the exterior 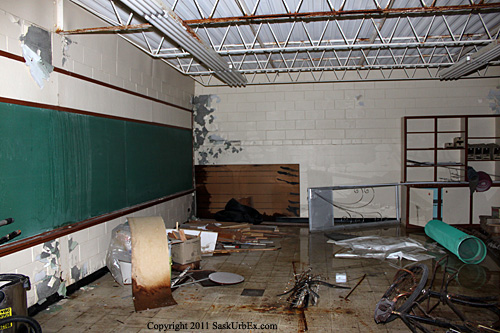 Classroom – talk about plain and cheap. Note the ceiling and walls. 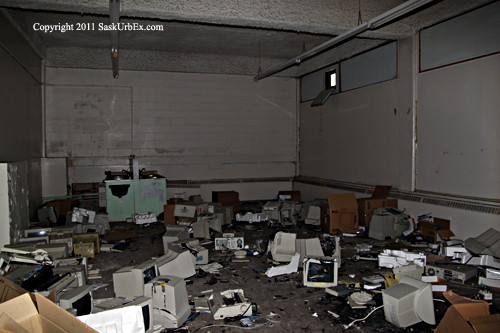 The computer boneyard in the basement 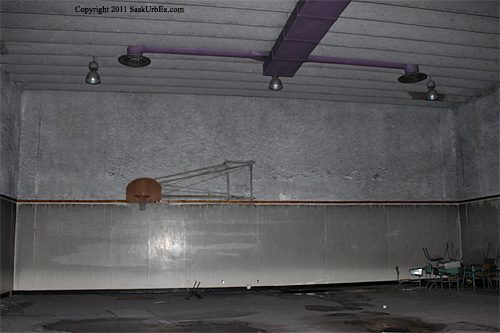 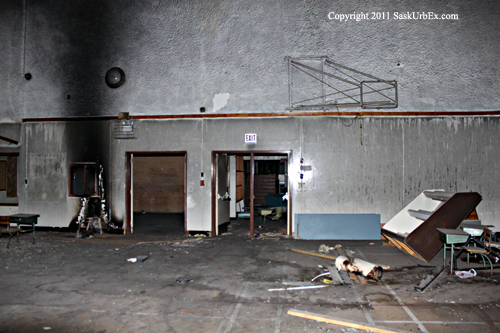 This one shows where a fire was set. 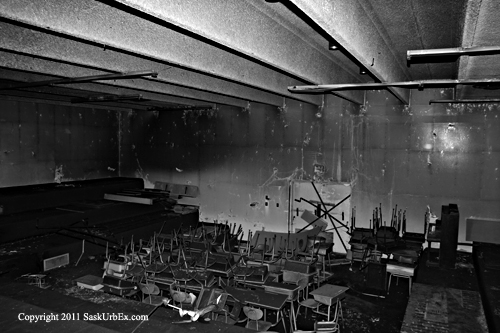 The remains of what appears to be a music / fine arts area with smoke damage.