We returned to the Montana Mine that was featured in the previous post at 1:00 AM and took some photos by moonlight.

We left the mine just as it got too dark to photograph.  We decided to head over to Elkhorn  which a fairly well known Montana  ghost town.  We had plans to do a little light painting however the town is far from being a ghost town.  It is a tourist trap and nothing like we were looking for.  So we left and headed back to the Mine that actually was worth checking out.

We had been driving and hunting for locations for 17 hours at this point so I wasnt interested in spending a lot of time taking more photos.  I only got a couple shots that were worth while before heading off to our camp to spend the night. 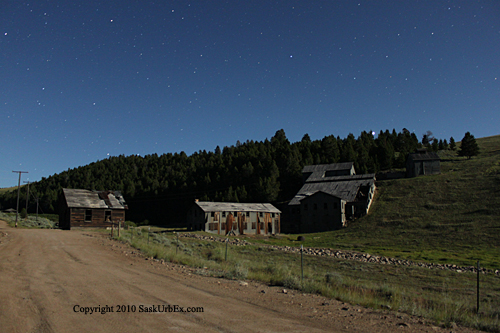 The Mill and Bunk houses 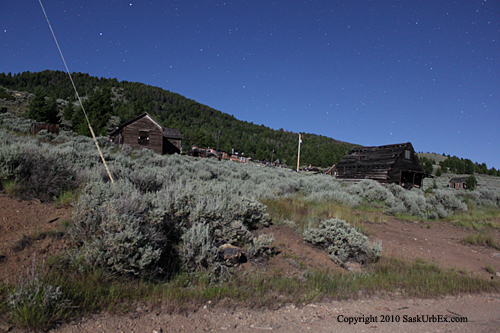 The town across the road from the mill

Trying to find mines in is an overwhelming experience to say the least.  We found literally thousands of former mines in our initial research prior to the trip.  Trying to narrow it down to a few viable options was far from easy.  We hunted down a few mines where nothing was left or they were active sites.

After several locations that didnt offer anything to us we stumbled across this mine.  It was approaching sunset so photography was a little more difficult.  Located high up on a mountain road it consisted of several buildings.  The actual mine appeared to be higher up on the mountain side but we ran out of daylight fast.  As we approached the mining area there was a large ore bin on the left where trucks would be loaded from the mine and the further down the road there was the mill on the right side of the road and the town on the left side of the road.

We quickly checked out the mill and the bunkhouse and offices before we ran out of light.  We didnt have time to see the town.  It was almost a full moon so we came back a few hours later and took a few photos before we called it a day.  The next day we had a tough choice do we come back and see the mine in more detail or do we keep moving on to see what else we could find.  In hind site we should have gone back, but we were hopeful we would find some more locations so we moved on. 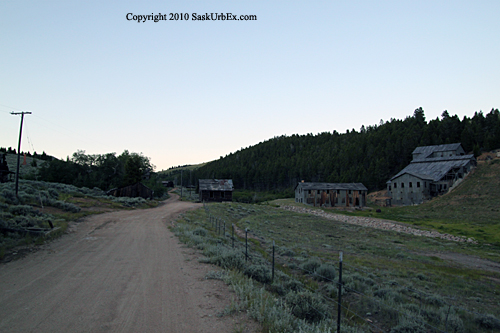 The mill on the mountain side to the right.  It was already rather dark when we got there. 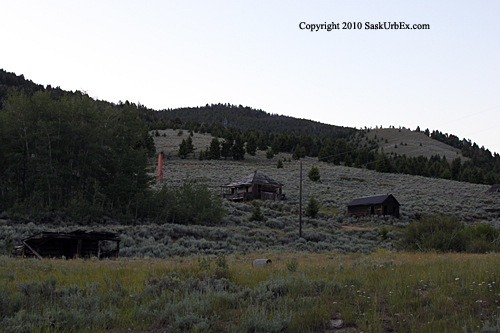 A couple buildings on the town site 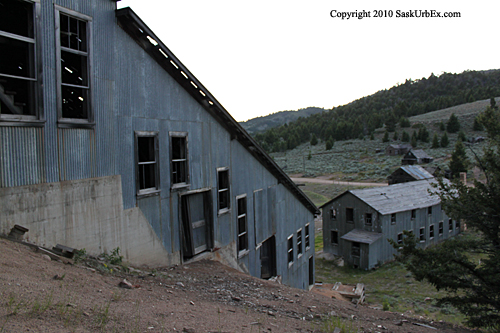 Looking down the side of the mill with offices and bunkhouse. 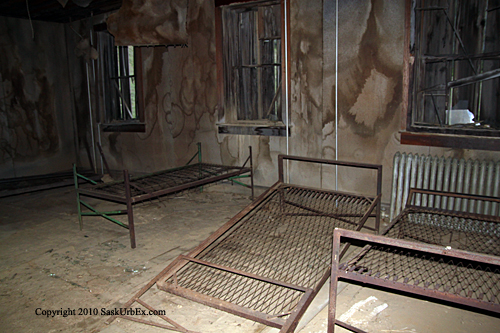 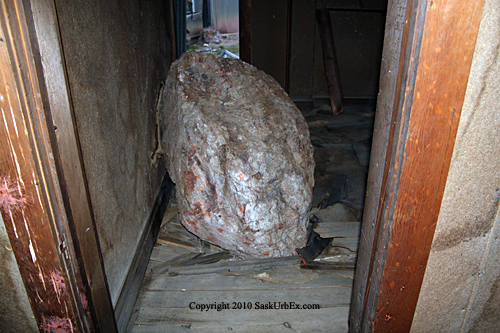 I could not figure out how this large boulder ended up in the hallway.  It was too large for someone to carry in there and if it rolled in off the mountainside there would be an obvious hole in the wall. 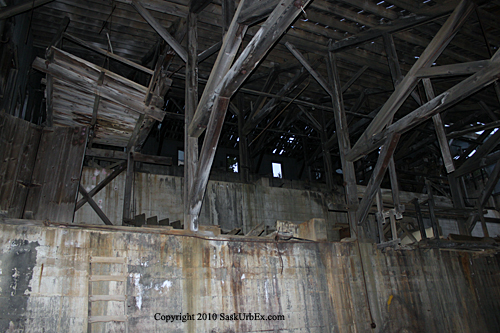 Look up the various levels inside the mill.  Almost all machinery has been stripped. 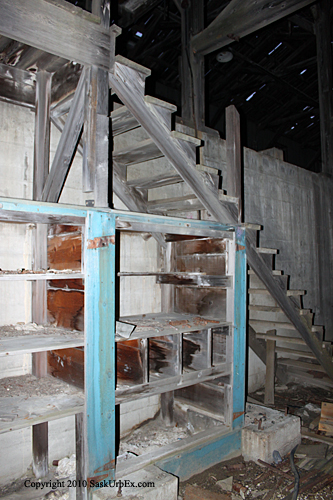 Staircase about 1/2 way up the mill 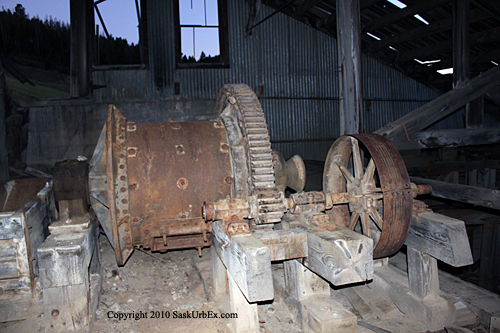 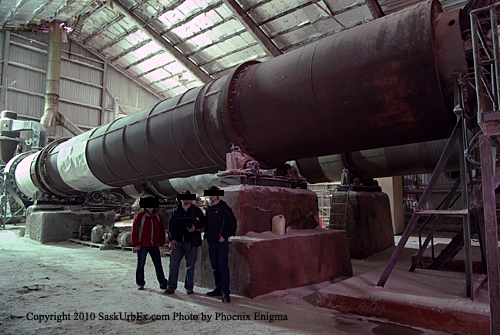 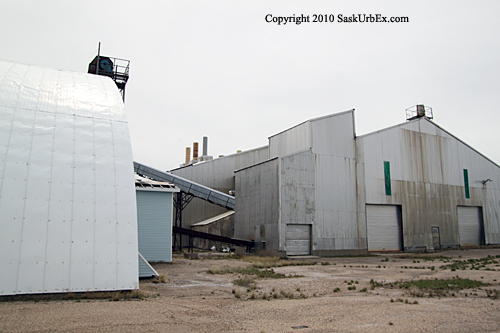 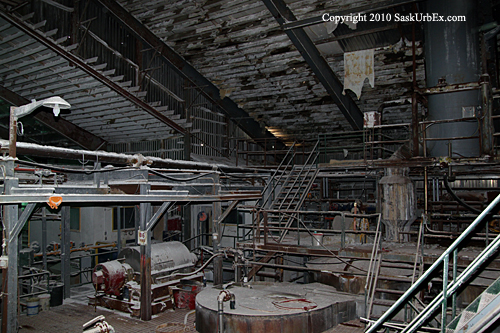 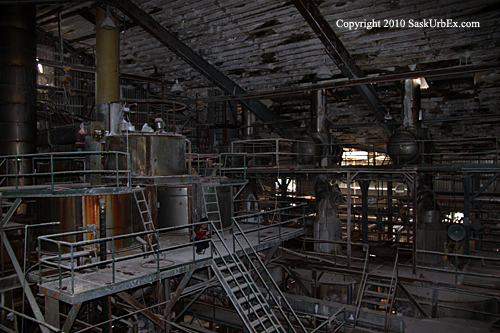 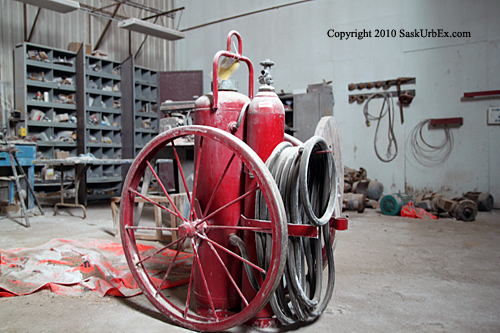 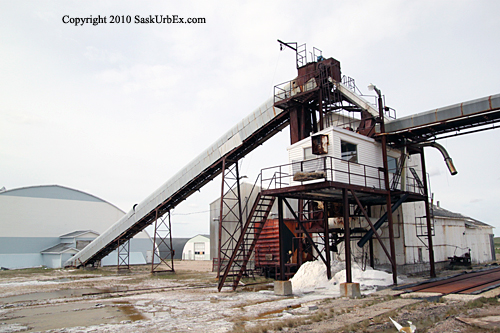