It was late September in 2009 and it was a full moon.  Arilem and I had planned to head out to do a couple hours of photography and didnt come up with much to see before we ran out of daylight.  We found ourselves wanting to see more and with the full moon it was ideal for doing some night photography.  We started to work our way east stopping at a few locations along the way, however our timing wasnt great and it was too risky to access any of the locations we stopped at.

So we continued to head further away from until we got to an old mission.  This location is very intriguing to me.  It has a lot of history and once was a thriving mission with several buildings in the early 1900s.  On a previous visit one of the people in our group had some rather interesting experiences while alone in the church.

Since our last visit a group from a local church nearby has been putting a lot of time and effort into cleaning up and restoring what remains of the old mission.  Unfortunately all the old buildings are gone with exception to the church.  Sometime in the past 7 years someone burnt down the only other remaining building which was a beautiful 3 story brick building that was last used as an infirmary / care home.  However I believe the infirmary hasnt been used since the 1970s.  We found that the location wasnt as creepy as it was the first time.

Im relatively new to night photography, but these appear to have turned out fairly well.  This is some of my first work that involved extended exposures.  One of the shots was a 5 minute exposure which gave me some photos that almost appear to be taken during the day.  All these shots were taken between 10  11 PM and sunset was approximately 7:30PM that day. 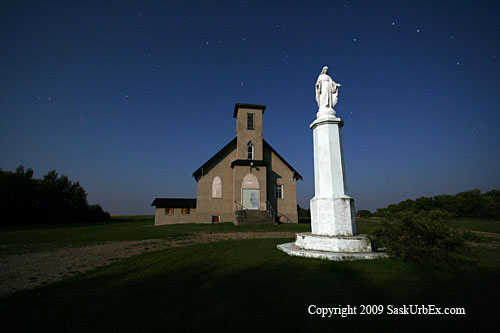 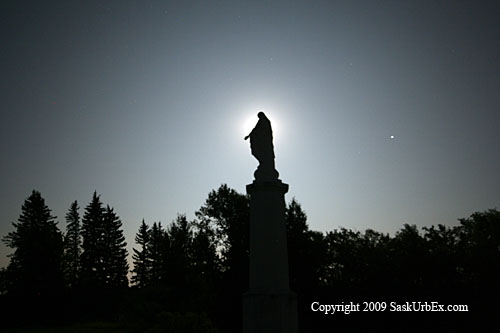 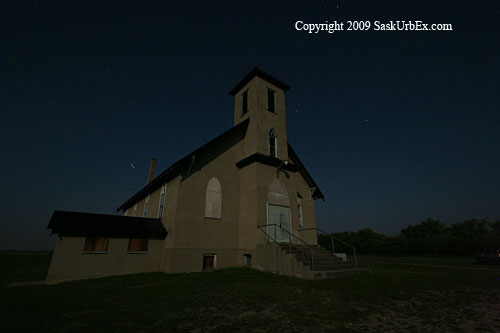 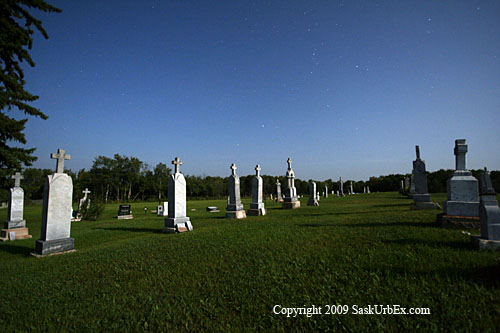 Cemetery 11PM – only light source is the full moon

In we have a statutory holiday in February called Family Day.  We have only had it for a few years and I have used it the past couple years as an excuse to get out and take some photos in the winter.

This year we decided to visit the Forgotten Mine even though we have thoroughly seen the facility on more than one occasion.  We were driven to see it again after losing 2 rather decent mines in the past 2 years.  Over the past 2 years The Prairie Sulphate Mine has had all of its equipment removed.  Also in 2009 we lost Ormiston Mining and Smelting  (See Ormiston on SaskUrbEx) .  We were happy to find that not much had changed out there since our last visit.  Only time and the elements have taken its toll on this place.  Enjoy the photos. 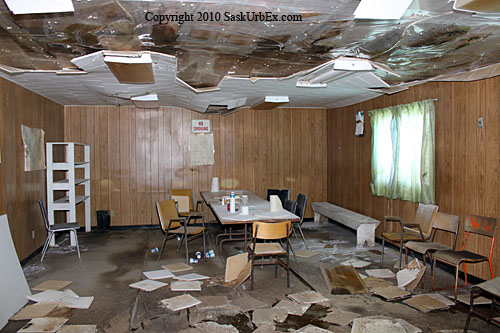 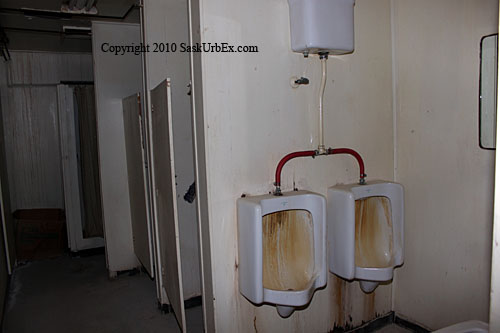 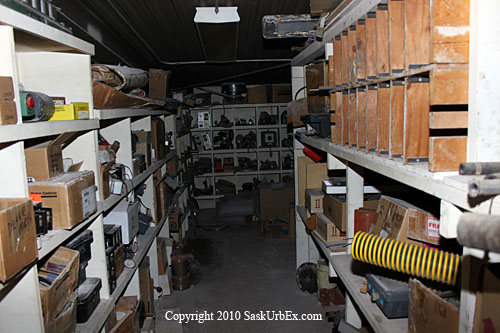 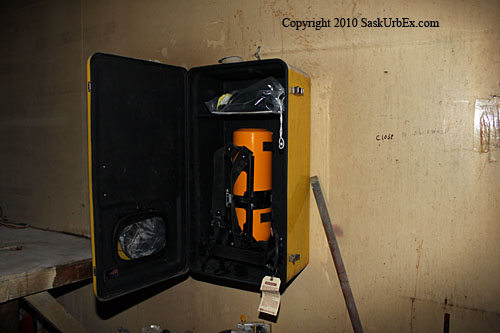 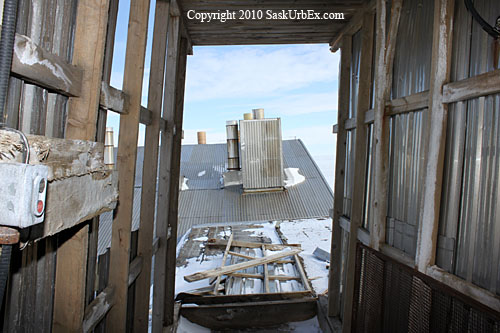 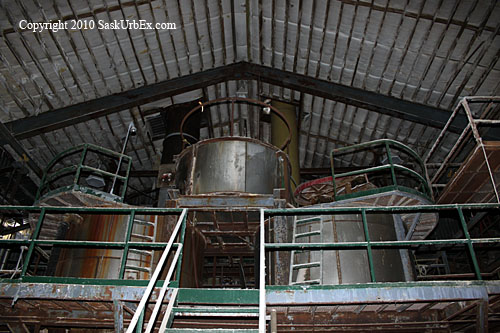 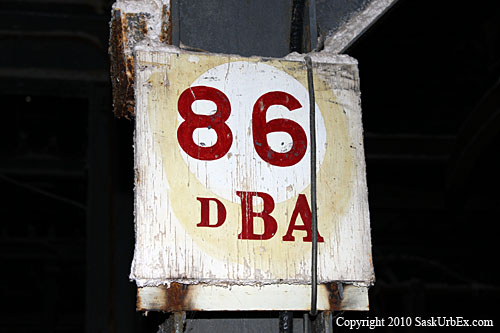 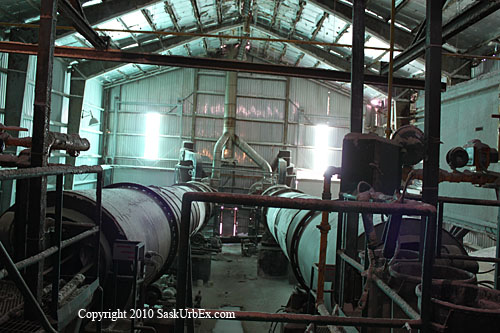 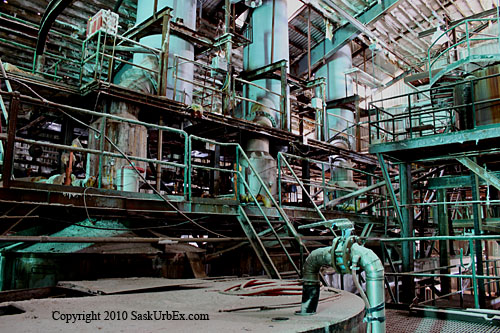 In late January I had something rare happen to me.  I actually had a day off and no plans.  Now I probably should have stayed at home and cleaned up, or caught up on sleep, or perhaps worked on replacing my day job that I despise, however I couldnt let the opportunity to play with my new camera and see some new sites pass by.  We decided to go somewhere.

A few days in advance Arilem and I sat down and brainstormed some ideas of where to go.  It sounded like a good time to get out of the province for a day.  We considered and ; however I was more interested in going west instead.  We contacted Captain to see if he had any plans as he had given us a couple invites in the past.  As luck would have it he wasnt up to much that weekend so we had our destination decided.

We left at about 2PM on Saturday and after 1600km we made it home just before midnight on Sunday.  We hit up a few great locations throughout southern .  We ended up about 100KM out of at one point which is a fair distance to travel on what was pretty much a day trip.

The highlights include a late night visit to a really old industrial location with some beautiful brick arch work.  We also stopped by an abandoned water park which unfortunately had just been cleaned up and secured again so it wasnt as fun as it could be, but it was still interesting and it was a nice night to be outside.  Other highlights include an abandoned CP Rail work train sitting on a siding in the middle of nowhere and a very interesting World War 2 British Flight School.  All things considered the trip was very rewarding and tiring.  I hope to have another update on here soon. 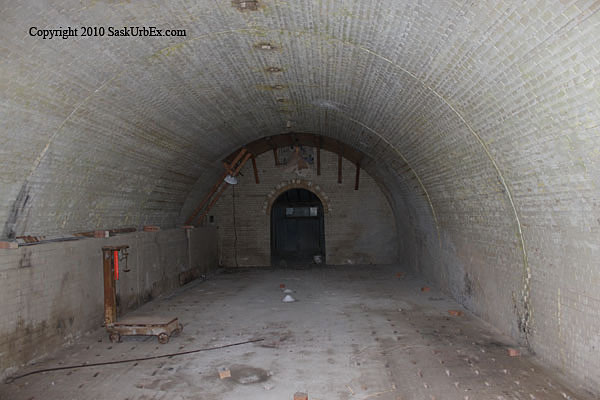 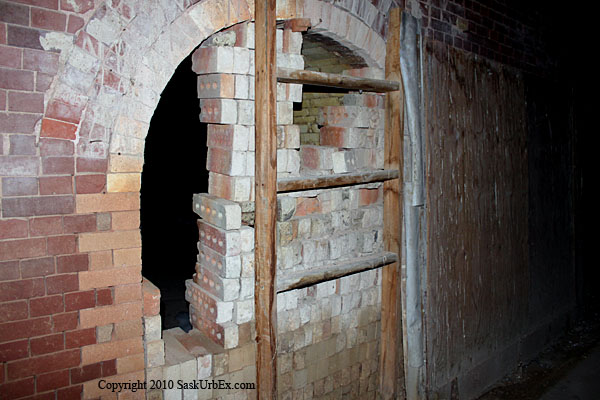 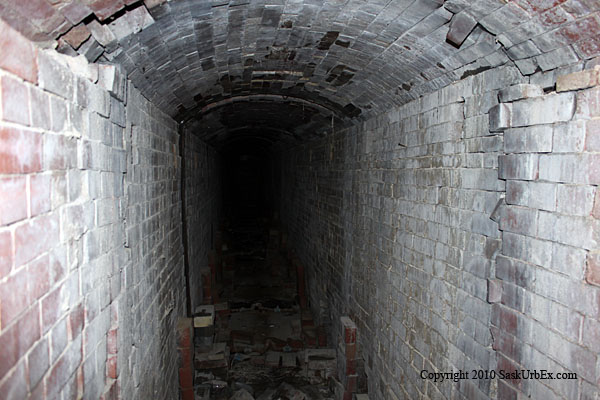 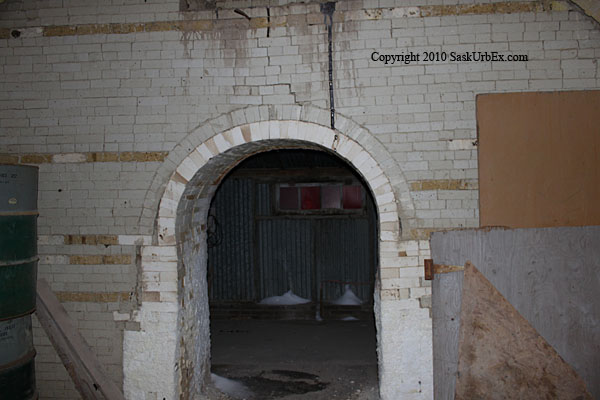 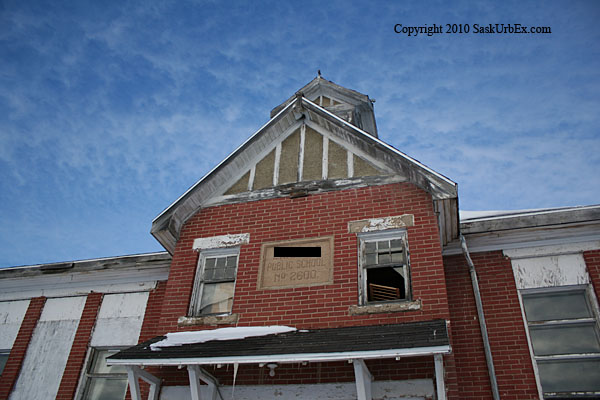 Old School found on our way 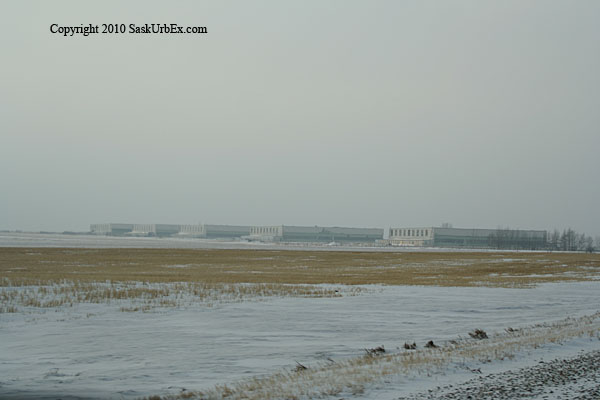 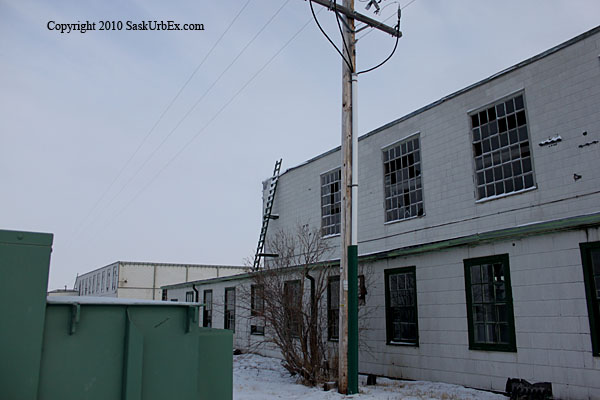 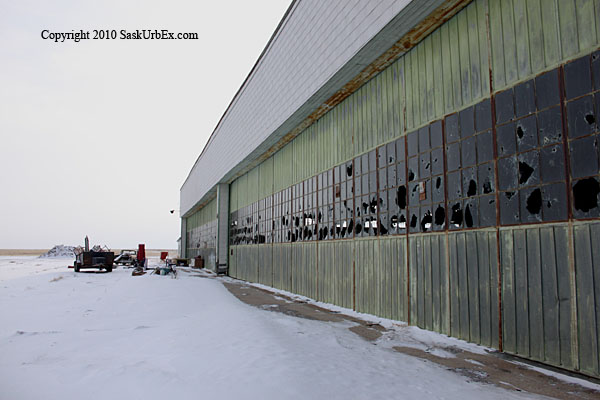 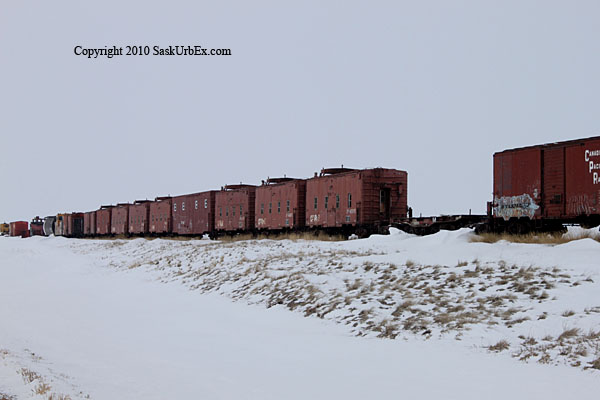 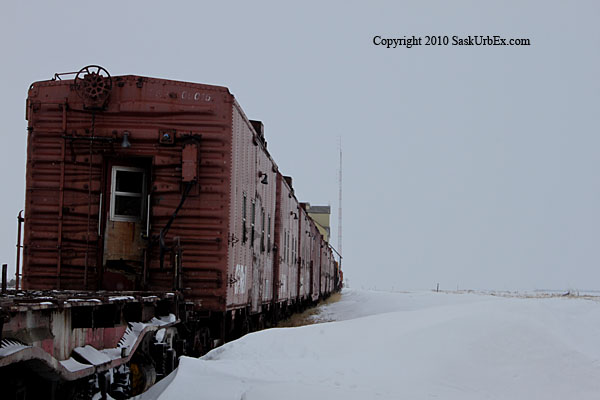 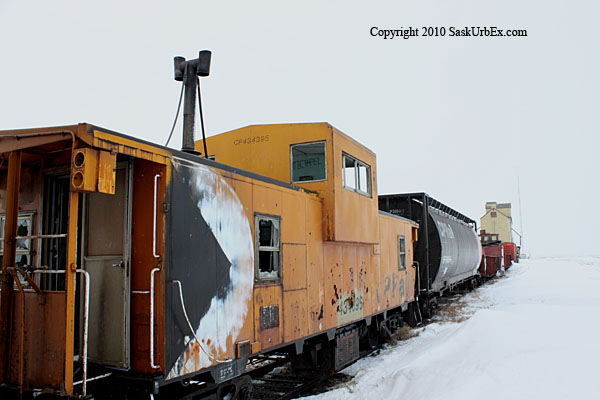 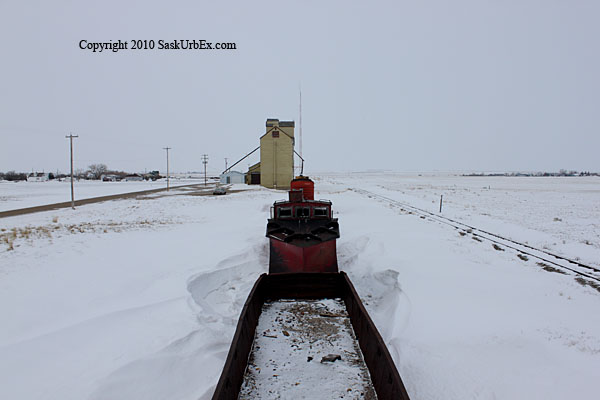 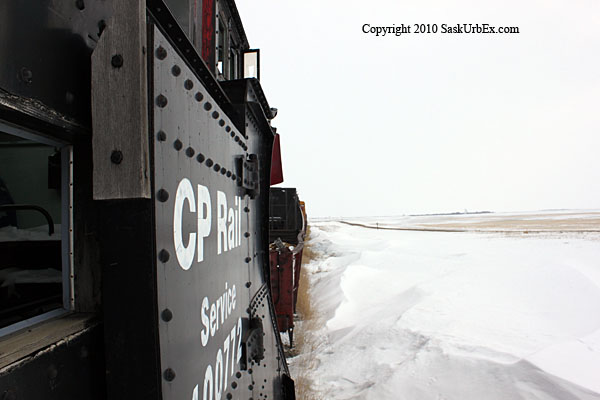 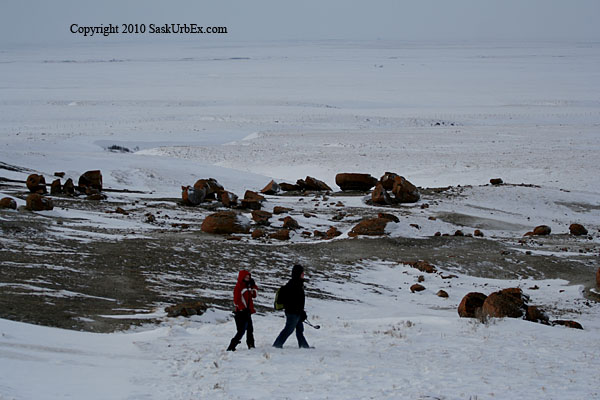