We explored a handful of interesting locations in BC, but I have found that this trip much like our trip to the was a lot of driving and only a few locations to check out.  Our trips in have typically been covering small pockets of the province and hitting up several locations.  I like seeing new places but I miss the convenience of our trips, but at the moment there isnt much for us to see here at home.

CaptainCanada had found lots of interesting info about the area around .  Sandon was once a city of ten thousand people with hundreds of silver mines in the area.  Sandon itself is becoming a tourist location where you can take a tour of their small hydro-electric power plant and see a small museum where there is an entertaining curator who has a lot of knowledge on the area.  There is still some silver mining going on and there is a small mill beside town that is active.  Most mining in the area stopped a century ago and unfortunately not a lot remains for us to see.

We found the remains of one processing plant in a neighbouring ghost town, and a handful of very empty old houses and buildings and countless piles of wood that were once structures, but heavy snow over a century eventually causes most unmaintained buildings to collapse.  While checking out the museum we saw what some neighbouring towns looked like in the 1980s before most of them were destroyed by arsonists.  So unfortunately for us we are 30  40 years too late.

This area is around and is an awesome part of BC.  Well worth the visit, but not an awful lot to explore for us. 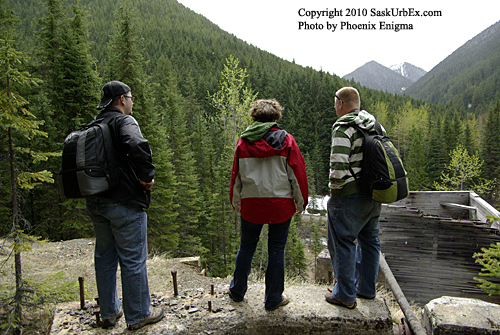 Myself, Arilem, and CaptainCanada looking down on the remains of the mill 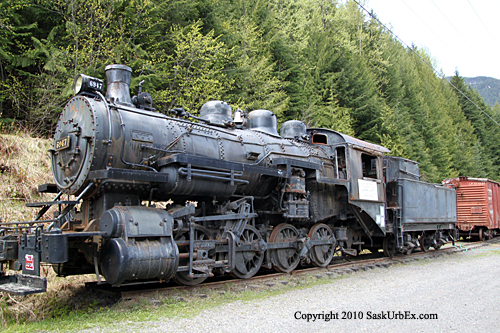 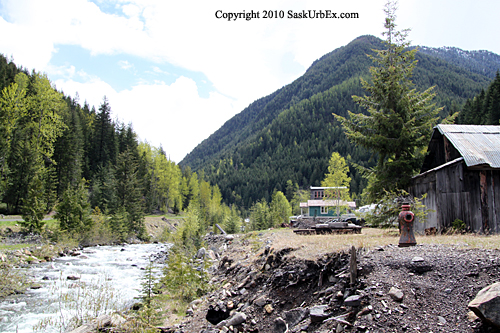 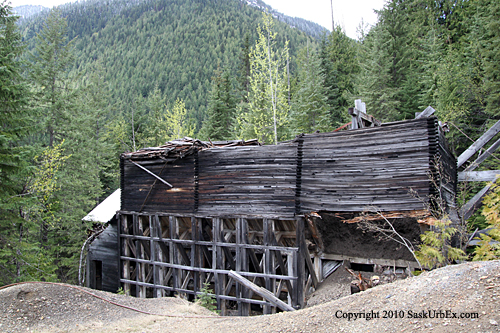 Ore bin at the mill near Sandon 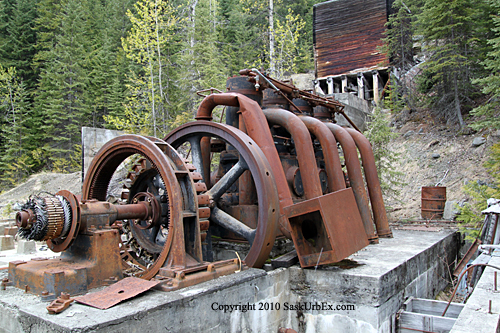 Remains of a large generator at the mill 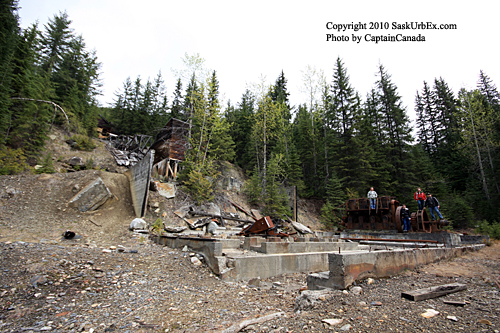 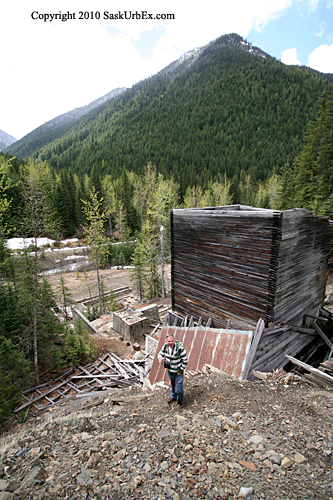 CaptainCanada with the mill remains behind him.  The mill was on a very steep slope 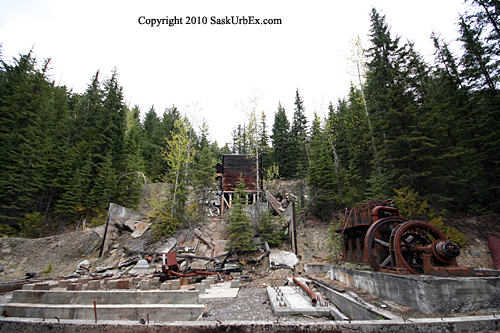 A very wide shot of the mill remains.  The 10mm lens was the only thing that could get it all in one shot.