On our return visit to the US we stopped by the Hospital that we saw in July.  We saw about 25% of it back in July and wanted to see the rest.  This hospital is the most intact abandoned hospital I have ever seen.  There is so much equipment left.  It is hard to believe that there wasnt any effort to sell some of this equipment off.

I am not sure when this hospital closed, but I would assume sometime in the late 80s or early 90s.  There isnt any computer equipment that I recall seeing so I think it is safe to say it closed in that time period as thats about as late as I can imagine a hospital still not using computers.

I recall seeing all kinds of records in Providence Hospital in Moose Jaw when I explored it in November 2005.  I photographed it and reported it to the Saskatchewan Privacy Commissioner in 2006 shortly after the hospital was razed.  The Saskatchewan Privacy Commissioner disputed my photos and the dates and said I must be mistaken.  They insisted the hospital was demolished in September 2005 even though I have photos of its demolition in Sept 2006.   So much for doing the right thing when nothing happens because of it and you are basically called a liar. 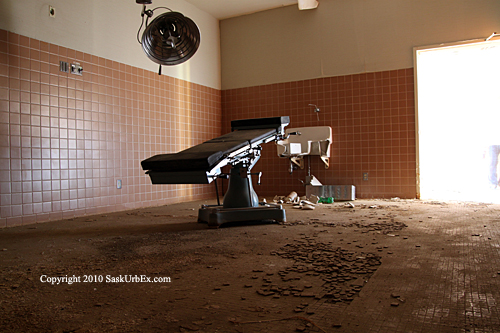 Treatment room near the entrance 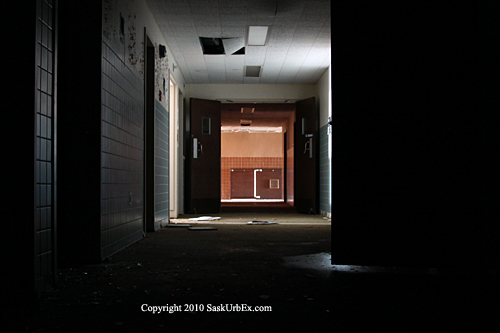 Looking from the surgical area towards the cafeteria 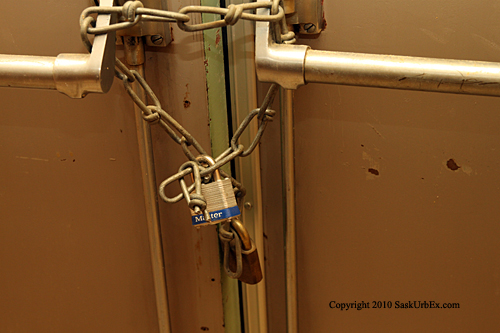 Most doors were fairly well secured

This appears to be the nurses call station.  I assume when you pushed the nurse call button in one of the rooms it would come to this unit. 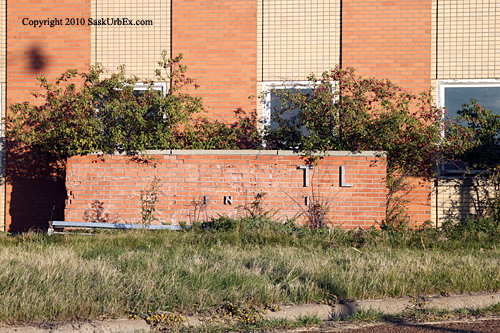 Front of the Hospital and what remains of the sign 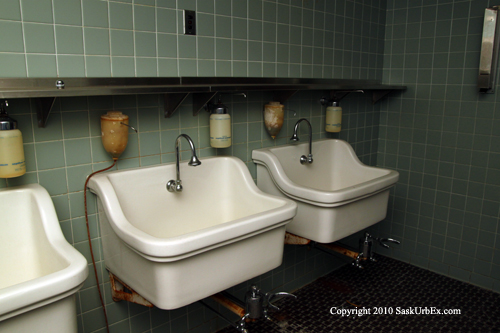 Scrub up area adjacent to the operating room 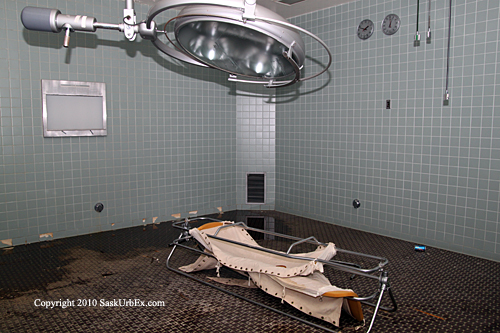 Another shot in the OR 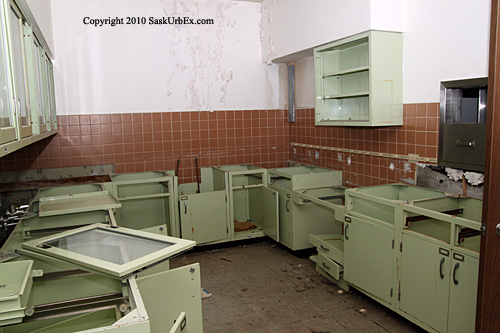 Laboratory – lots of patient files from the early 1970’s 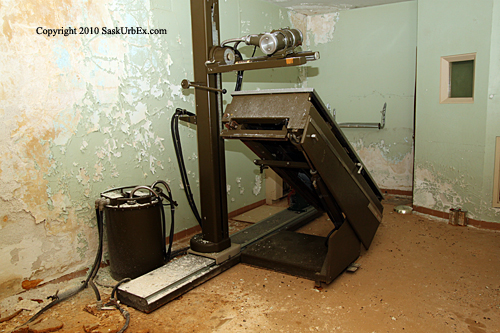 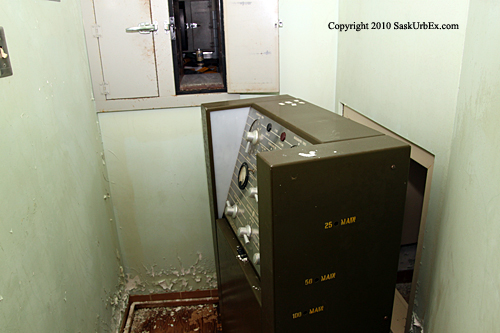 Controls from X-ray.  There were two identical X-ray – however one room had no equipment left. 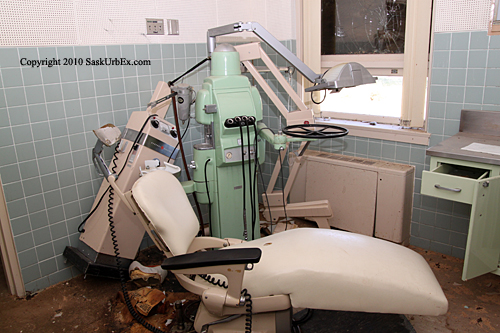 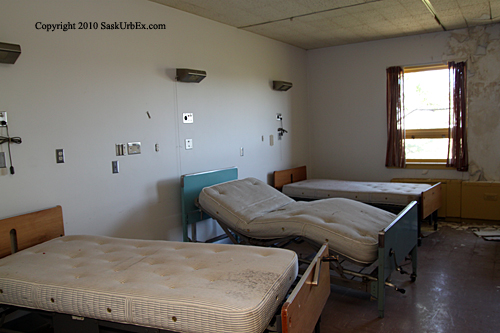 Most of the rooms still had beds in them.  Unusual as most abandoned hospitals I have been in have no beds left. 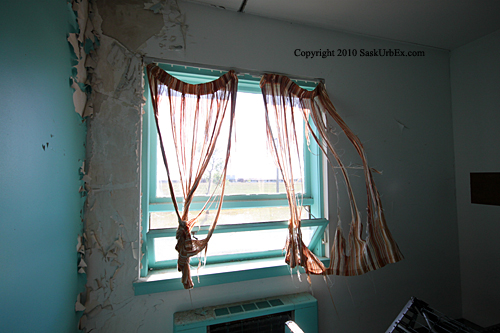