Arilem and I decided to make the long trip back into the North Western US to visit a couple of our favourite locations in further detail that we saw in our trip in July.  The trip in July was what I would call a whirlwind tour.  Many of the sites we found we didnt get to spend as much time as we would have liked to because we had so many more miles to cover and we were in a tight time frame.

We spent and afternoon in July at this old US Air Force base but only scratched the surface of what it had to offer for locations to see.  On our return visit I found something that has been on my list of things to see for quite some time.  I have always wanted to see an abandoned theatre.

The condition of this theatre was amazing  it was also neat to see the seats reserved for Alert Force as well as the scramble lights at the front of the theatre beside the screen.  I dont know if calling them scramble lights is correct however almost every building on the base that we saw had them so I assume they were to alert pilots or crew that they were needed.  The only things that were missing unfortunately was the projectors and the screen which was a shame, but is common to remove because they have considerable value and easy to sell when theatres are mothballed or closed. 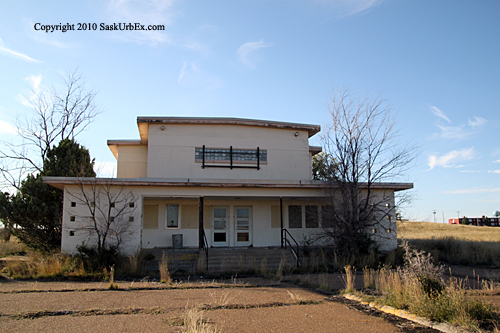 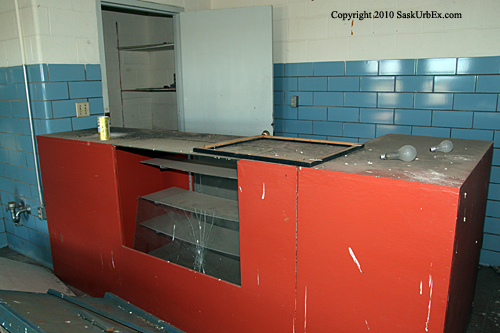 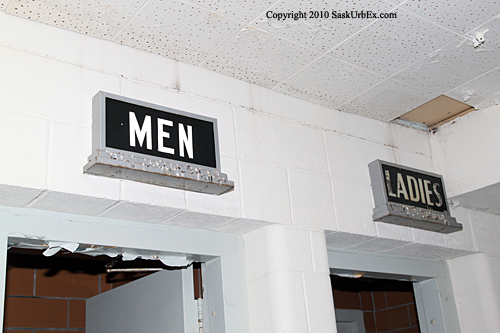 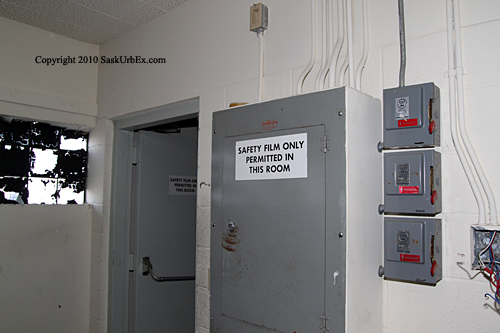 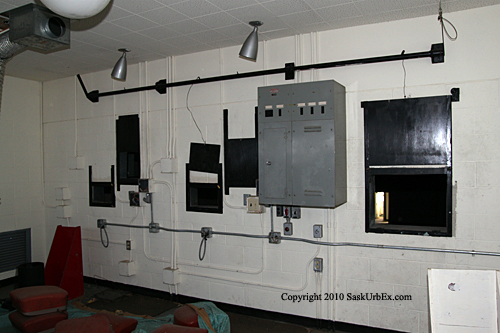 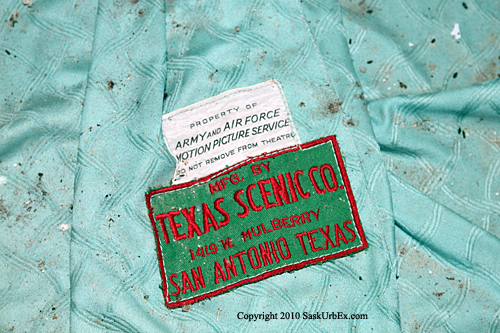 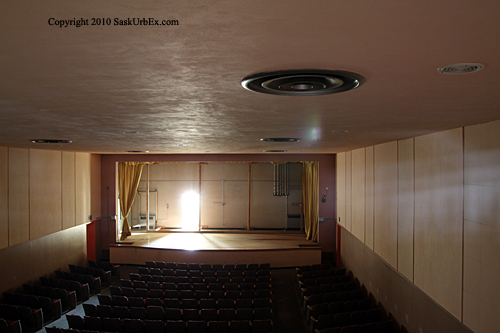 View from one of the little potholes in the projection room 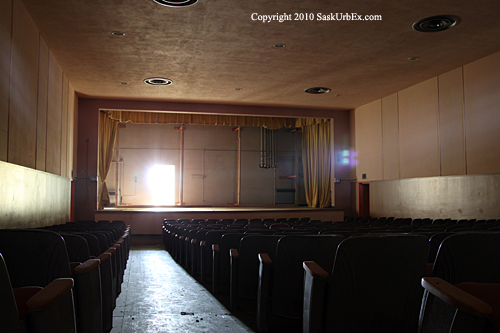 Theatre view from the aisle.  I know that considering this location is in the United States that I should call it a Theater however I’m Canadian so it is still a Theatre to me. 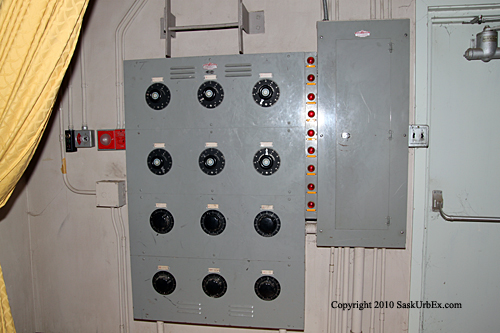 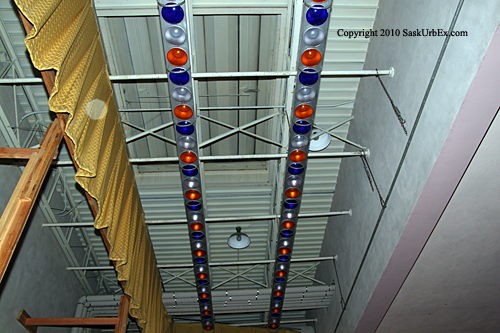 The lighting above the stage shows that this theatre also had some live performances however I would imagine it was mostly used for movies. 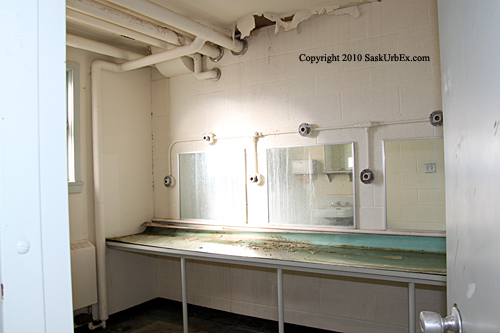 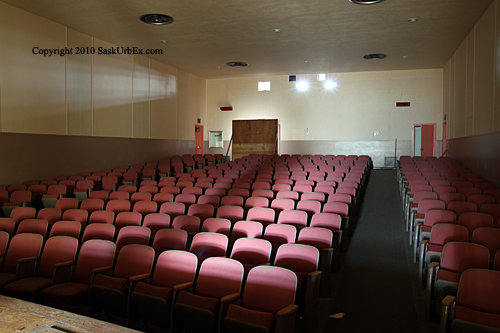 View of seating from the stage 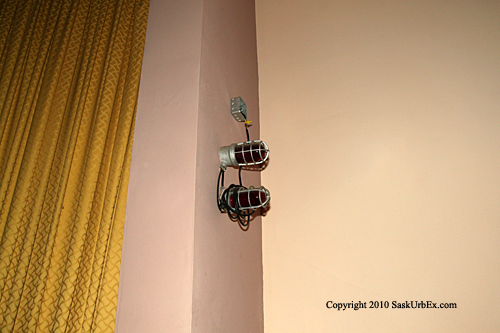 The scramble lights as I like to call them 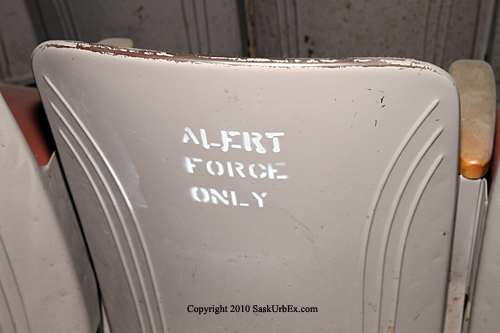