I have always been interested in the history around the Canadian Indian Residential School System.  Its a part of history that I believe a lot of people would rather forget ever happened.  I kind of detest the way our society thinks in regards to negative history.  I believe that even though it is an ugly part of our history it is still a part of our history and should not be forgotten about.  In fact I believe that if we forget our mistakes then we run the risk making the same mistakes again.

Quoted from Wikipedia; Founded in the 19th century, the Canadian Indian residential school system was intended to force the assimilation of the Aboriginal peoples in Canada into European-Canadian society. The purpose of the schools, which separated children from their families, has been described as killing the Indian in the child

The last residential schools closed in 1996.  I know of a few of them that were very close to where I live however they are all long gone.  Recently I found out about one that is still standing in Manitoba.  Arilem and I decided to head out there to see it before the snow flies and our exploring slows down for the winter.  This school closed in 1970 and has been abandoned for as long as it was open.  Its in pretty rough shape but that is to be expected considering it has been sitting there abandoned for 40 years.  We found some areas that are in very poor shape structurally and I am glad we got a chance to see it because I expect that it wont be much longer before it is too dangerous to even consider entering the building.

Even as it stands I put my foot through a sub-floor in the basement which luckily was only about a foot above the concrete floor.  It still made my heart skip a couple beats and scared me a little.  I also found a staircase and floor in one area the noticeably sunk when I stepped on it.  This place has some of the sketchiest floors I have ran into while exploring. 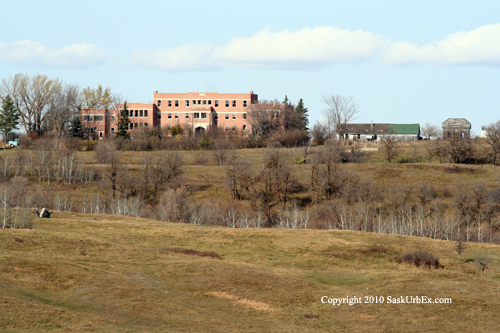 The school was built on the edge of a valley overlooking the town.  So now you have this creepy imposing building easily viewable from the entire town. 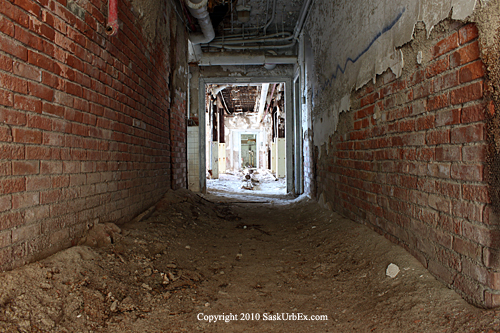 Taken in the basement looking into the dining area at the end of the hall. 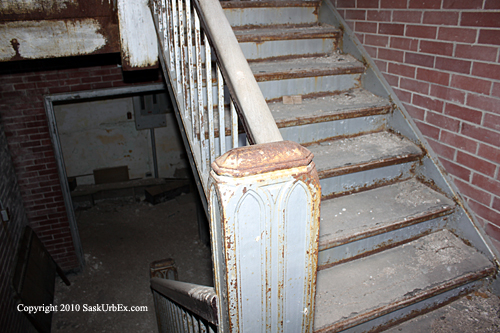 There were two stairwells like this – they were still very solid. 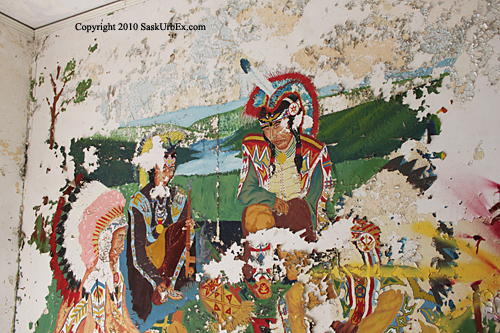 This mural is in the front entrance way –  it’s amazing to see something like this still so intact after 40 years of abandonment. 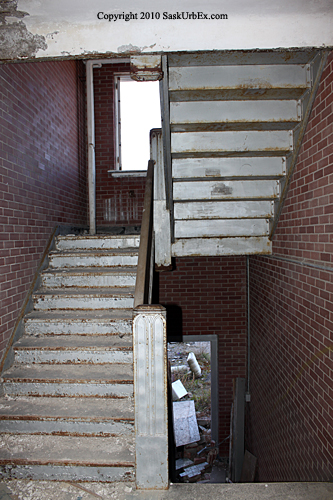 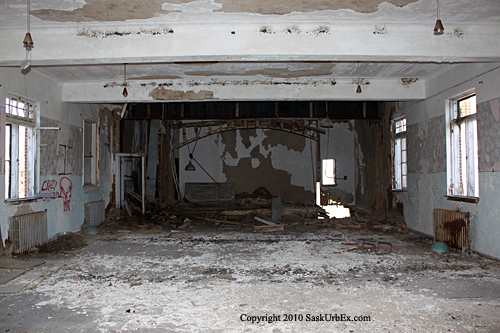 Auditorium – the floor in this room has collapsed in the one corner – just to the right of the stage. 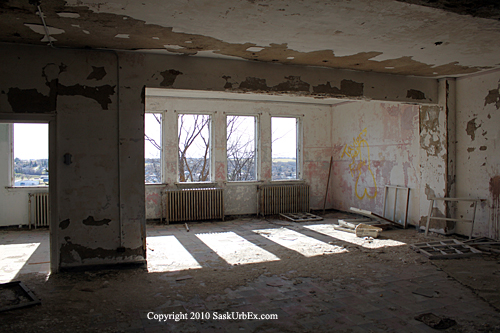 Taken in one of the dorms.  They were all the same – the room on the left appears to be for whomever was supervising the children. 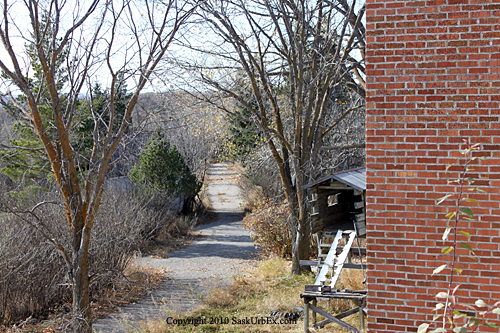 Looking up the driveway on the main entrance. 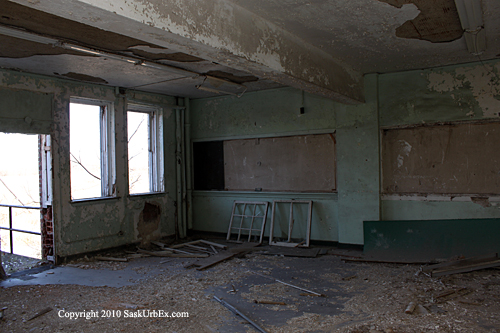 Classroom – most of the classrooms were very gutted.  This one still looks like a classroom at least. 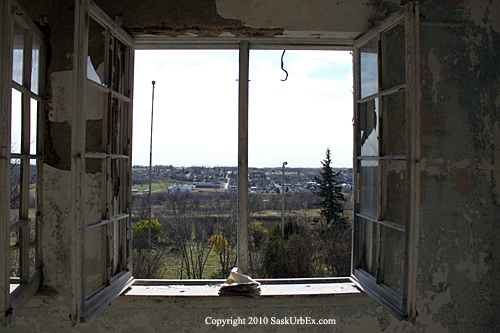 Looking out the front of the building towards town.