I have come to the point in the past 6 months where I am bored with .  We have explored everything interesting that this province has to offer.  That doesnt mean we have stopped exploring in and that doesnt mean there isnt more to see here.  The locations we have around here are either rather small or we have already seen them several times.  We are just craving new large locations to see which means we have to look a little further from home.

So over the past 6 months we have been focussing on exploring outside the province.  So far we have been focussed on southern , the BC interior, and North Dakota.  In the very near future we will be doing a multiday trip through and I am planning on getting into parts of sometime this fall.

So the next few updates will not be for locations however they are very interesting and I am sure you will enjoy them.

Below was our drinking locale while exploring in BC.  Its tough to beat a Saturday night spent sitting on a beach at with a few good friends, some beverages and some fireworks.  Oh yeah and a really plastered CaptainCanada lol. 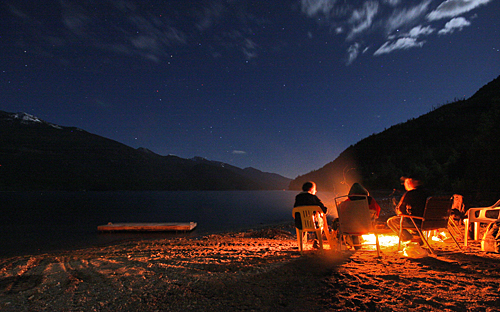