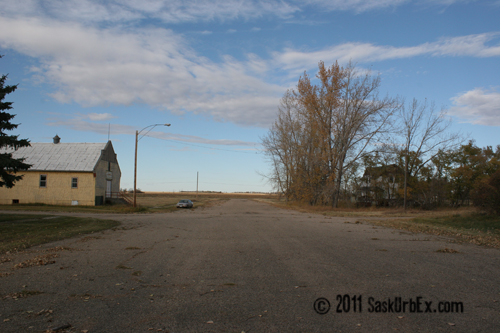 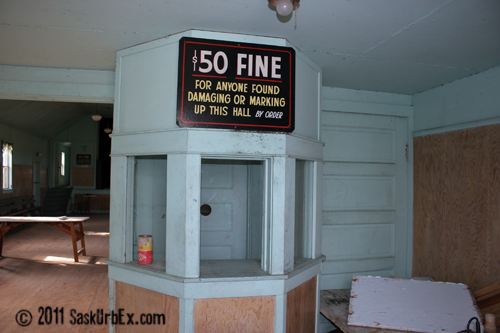 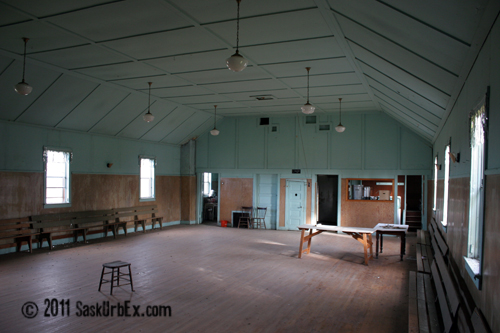 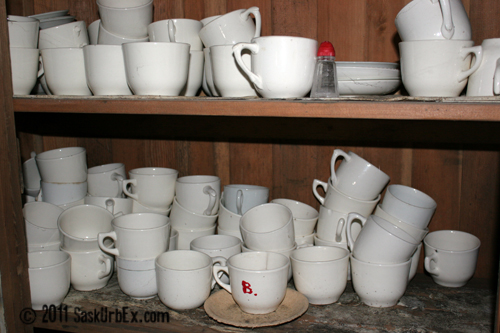 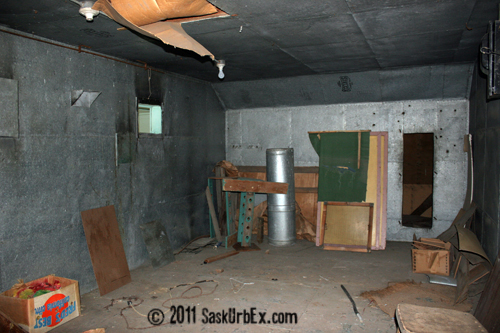 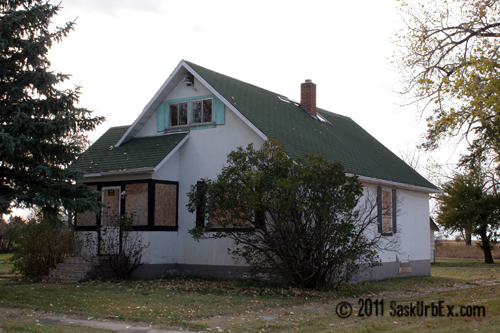 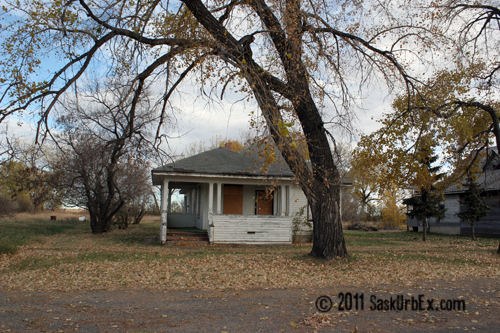 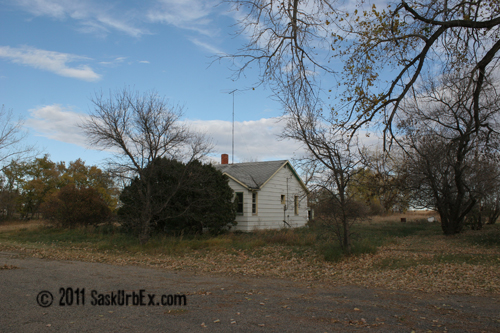 I have posted a US Air Force base on my blog before and I have explored some Canadian military locations however this is the first chance I have had to photograph a former Canadian Air Force Base.  I have known of this location for several years but it was just one of those places that for some reason I never thought was worth the drive to see.  I had seen other explorers photos of the base and always thought it was too far gone to have anything all that interesting to see, however I must admit I was wrong.

The base closed in 1971 and from what I understood the base was actively used by several businesses including a large hog operation.  We originally arrived the night before but decided to wait until the following morning to access the base.  We approached cautiously as we werent sure how active the base was.  We found that the hog operation had not been used in quite some time however many of the original buildings had been converted into makeshift hog barns and werent exactly too interesting.  The most interesting things we found included some of the barracks that were very original and were still in good shape, the power plant although gutted still had some interesting things to see as well as a very large old hanger that appears to still be utilized for storage.  The size of the base was impressive as I have been to other old RCAF stations and found them to be fairly small but this base was many times larger than the average base even though a lot of it had been demolished over the years.

I am glad we took the time to see it as we noted that many of the buildings had evidence of recent asbestos abatement and on the ground we could see tracks from heavy machinery.  So it is a possibility that after the abatement that they will demolish some of the buildings.  Today I am showing a quick overview of the base and will follow up with further posts on the base. 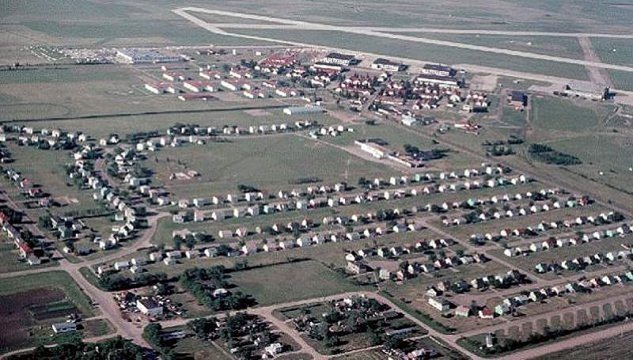 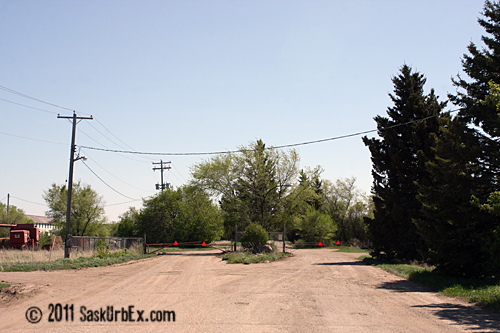 The remains of the front gate to the base 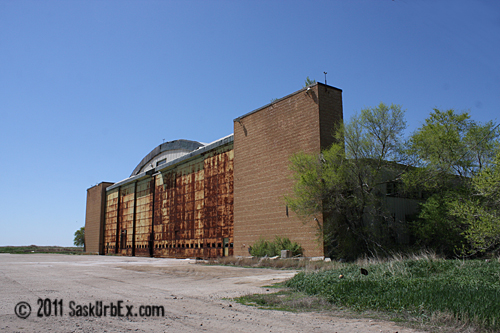 The largest hanger that wasn’t used as a hog barn 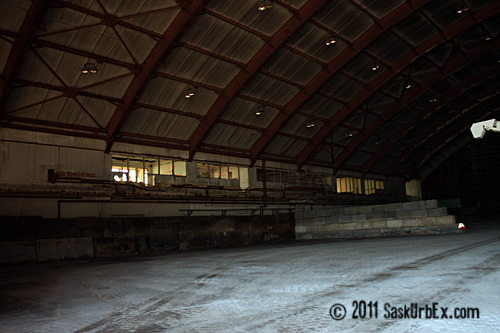 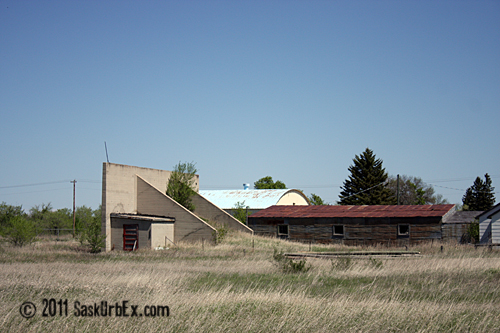 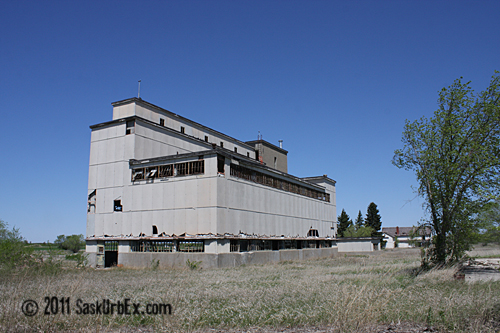 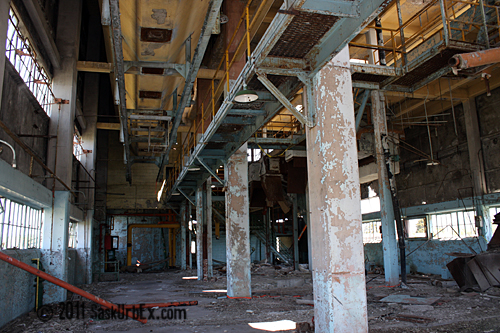 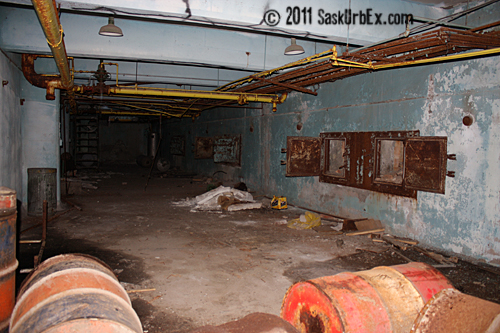 Basement of the power plant – the ash pits for the boilers 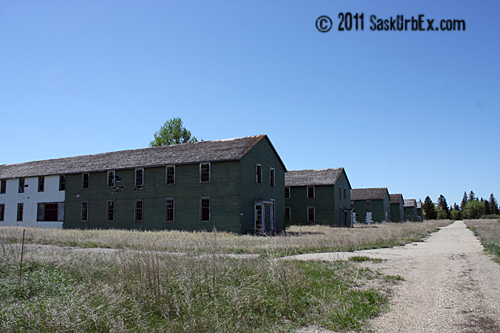 The row of barracks 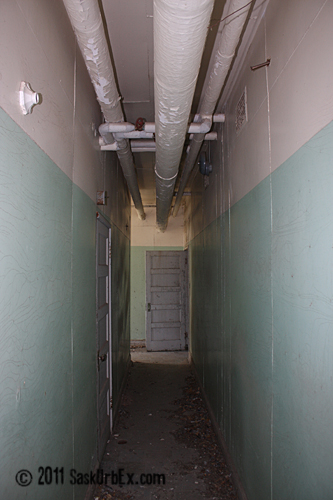 A hallway in one of the barracks buildings 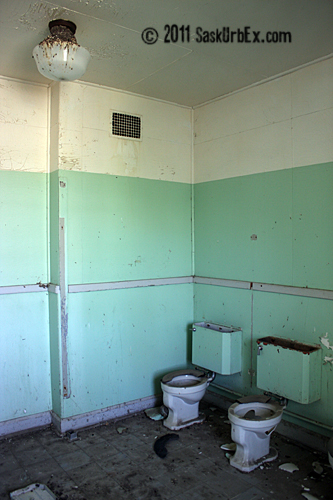 A very intact washroom in the barracks

These photos are from a trip about a year ago.  During the spring when it was really tough to get anywhere due to the flooding we really didnt get out too much.  Even this trip was spent dodging impassable roads and mud.  This was a few locations that we visited one evening.  We hit up a couple farm houses and then a former community that only still has a church and a school.

I hope to have another update shortly. 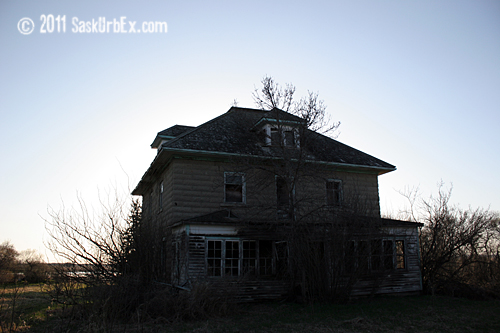 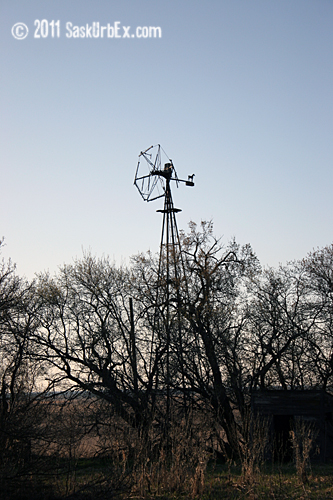 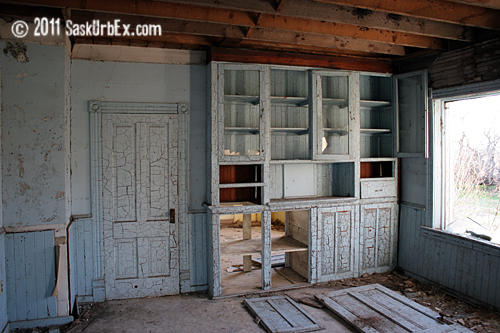 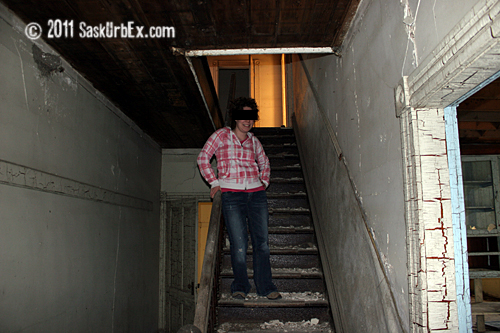 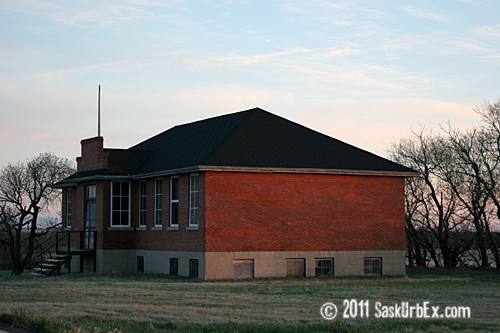 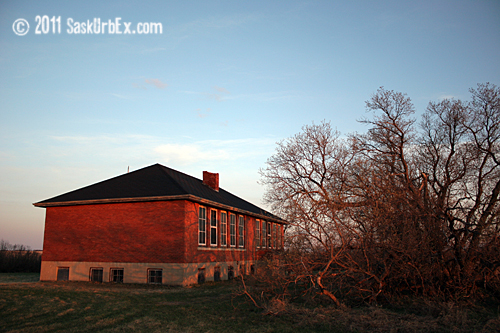 Another shot of the schoolhouse 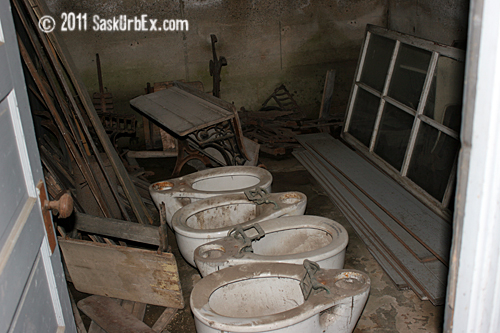 Toilets and desks in the semi flooded basement 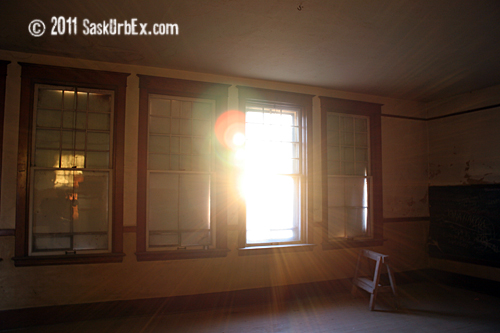 The setting sun from one of the classrooms. 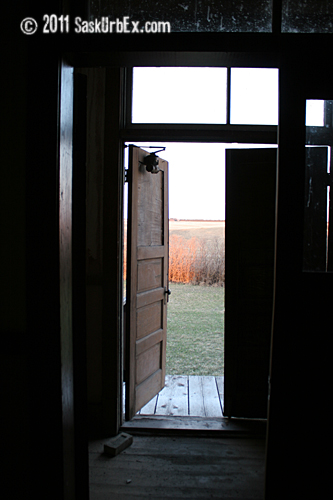 Looking out the front door.